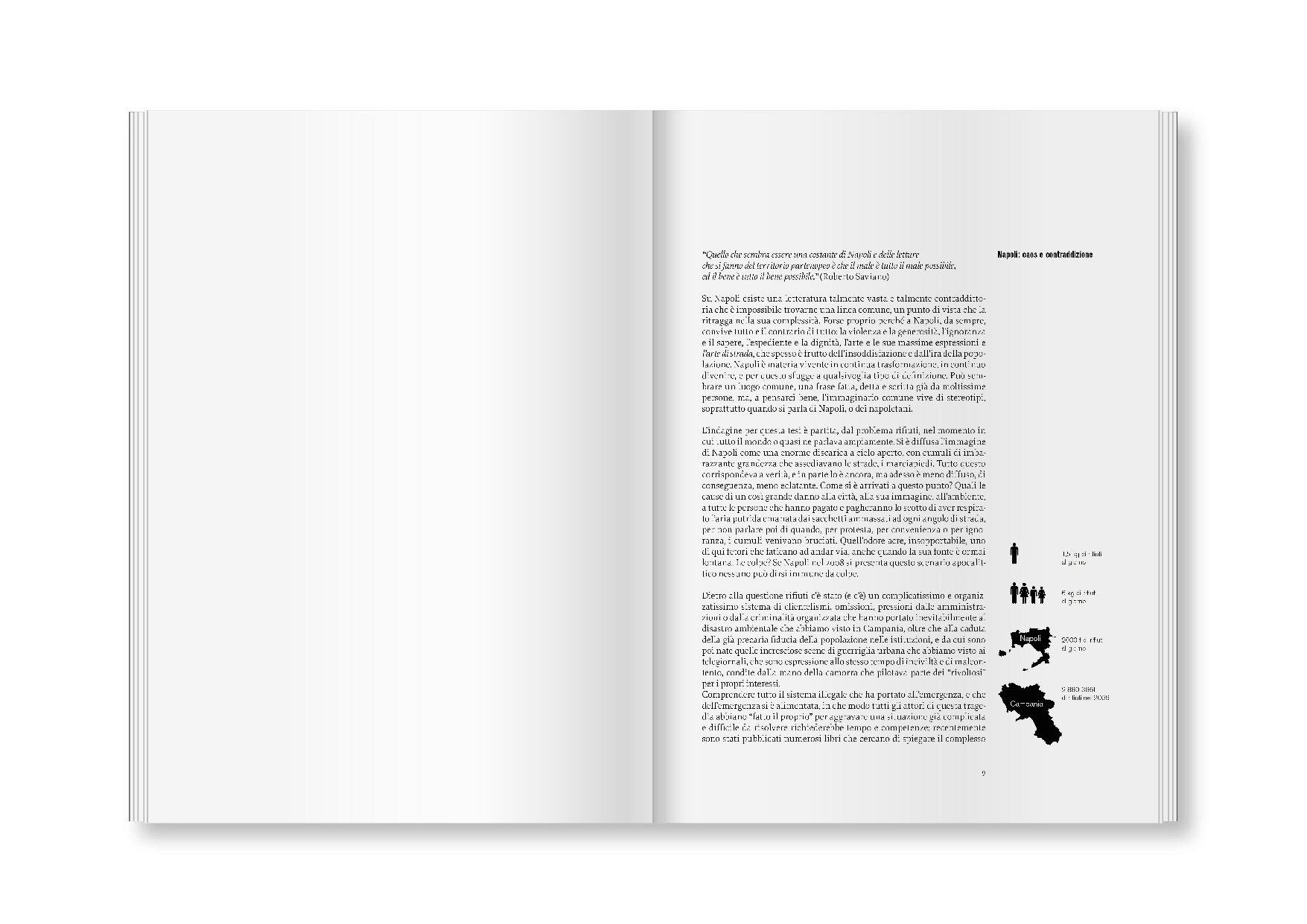 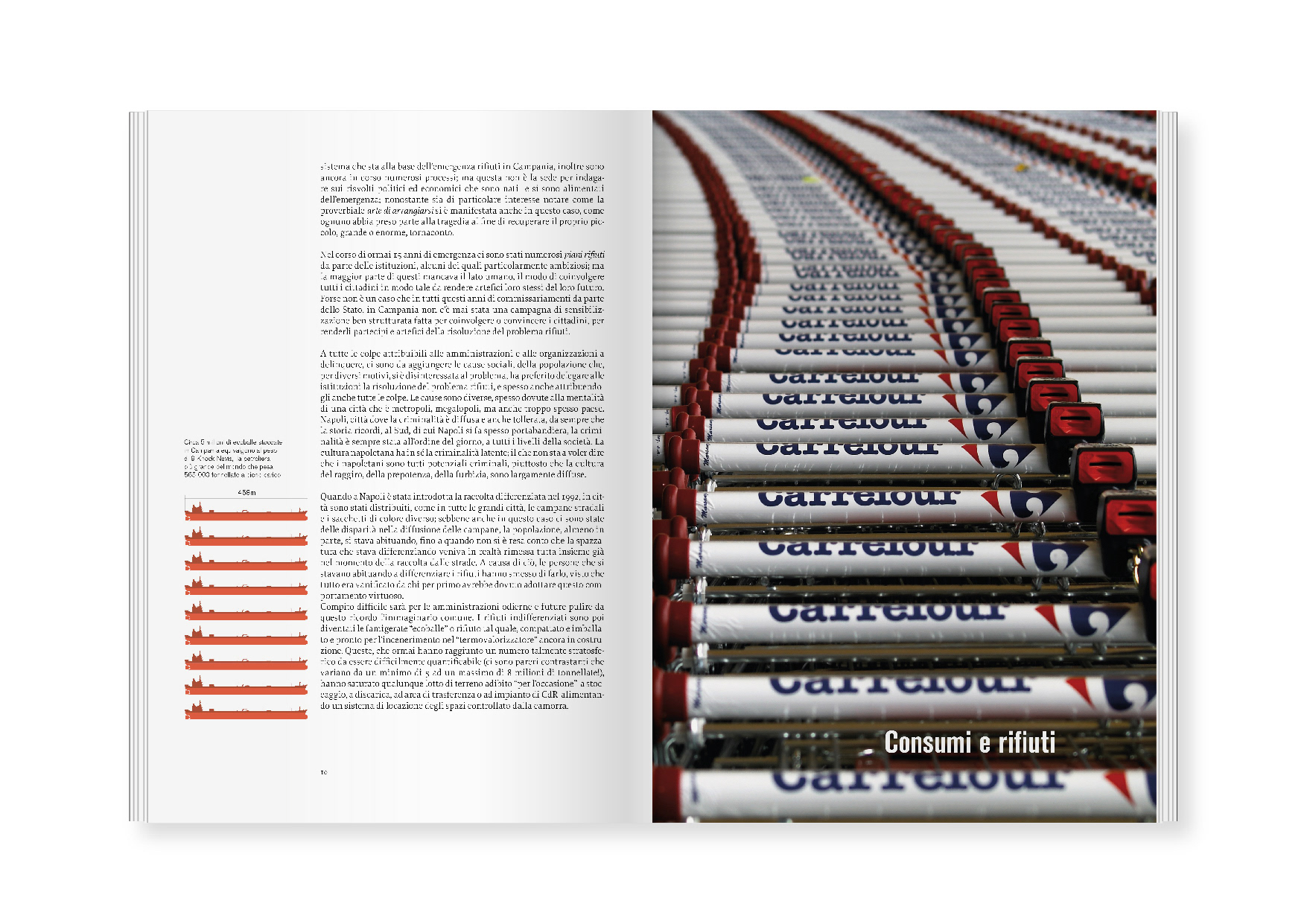 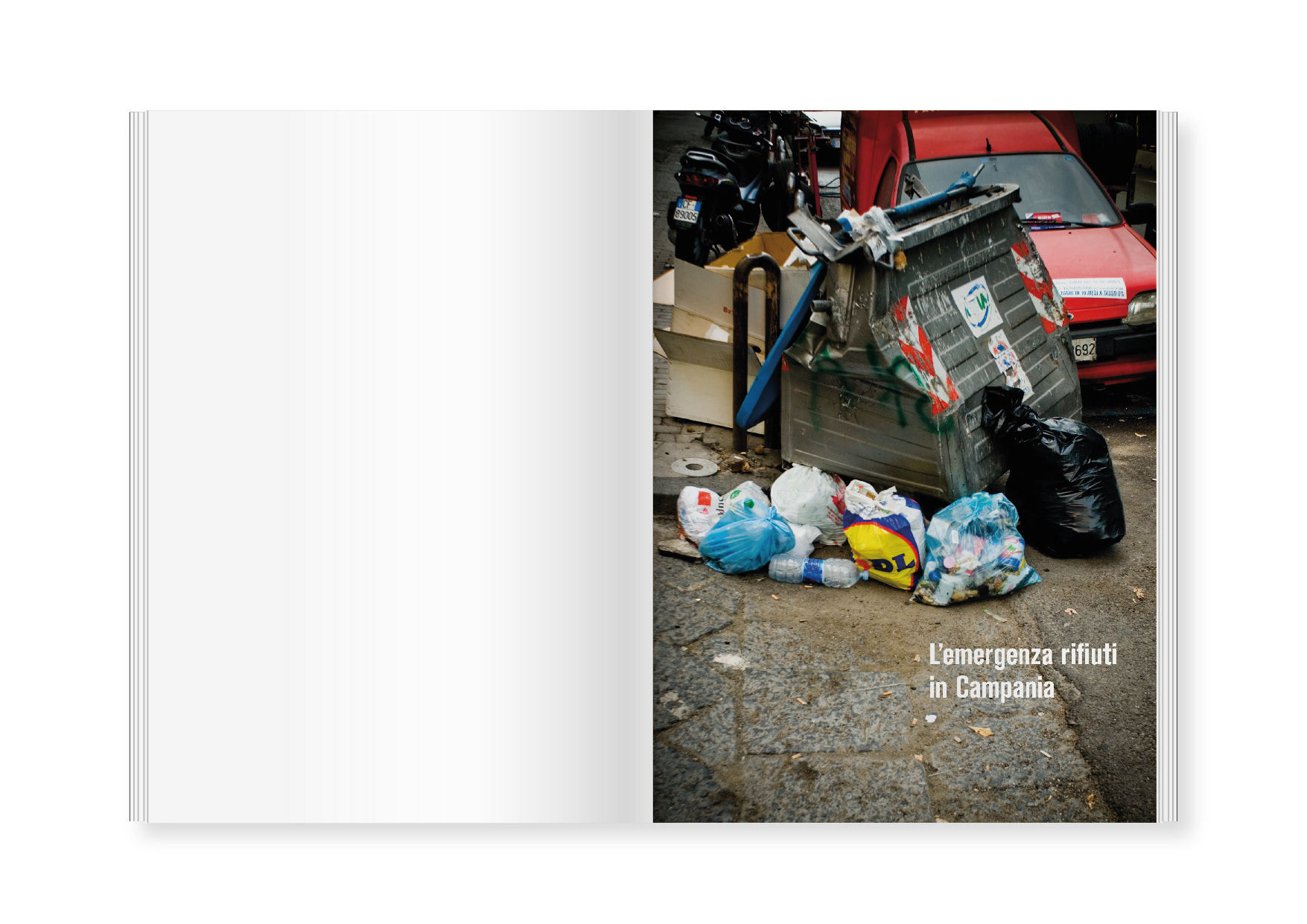 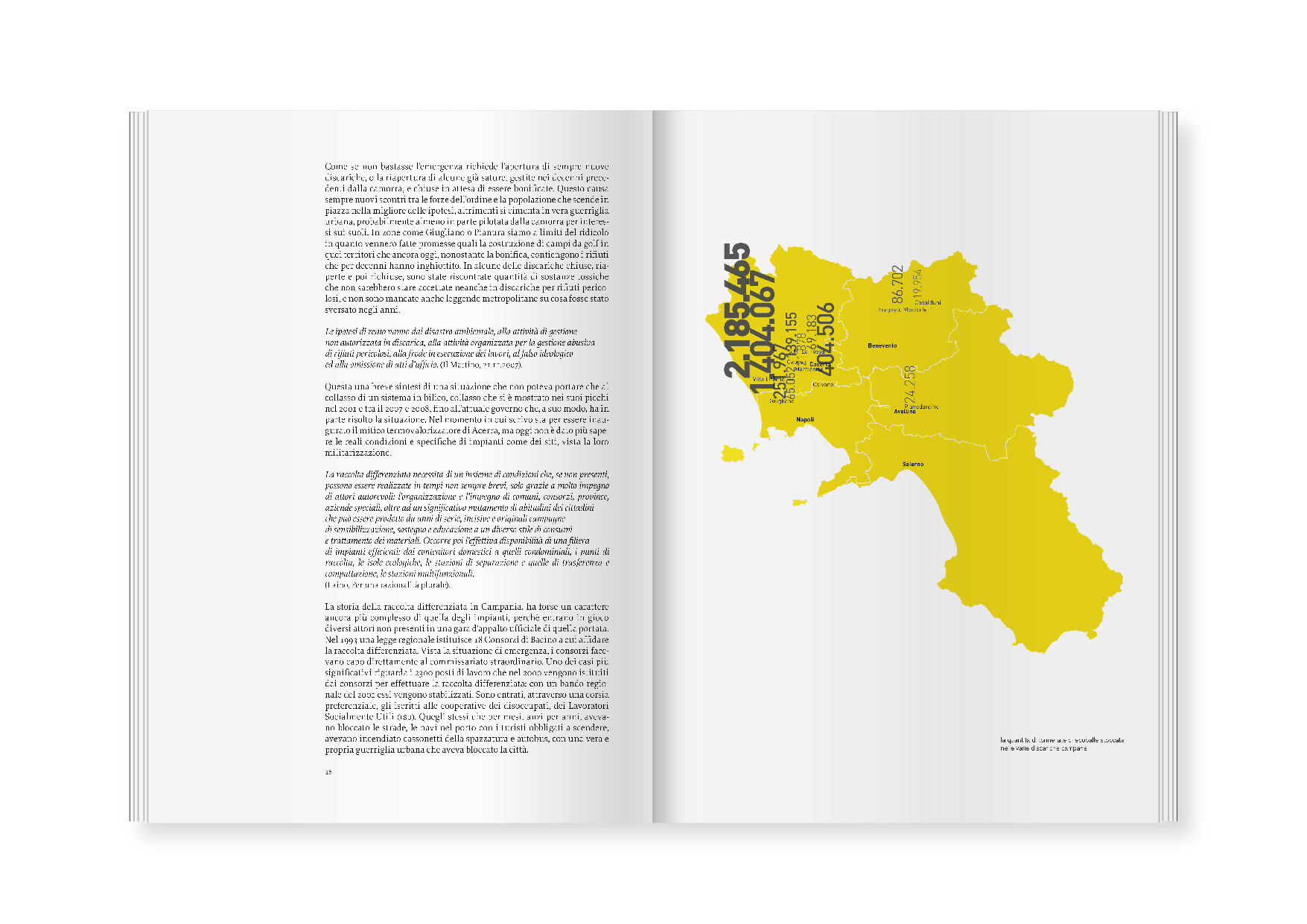 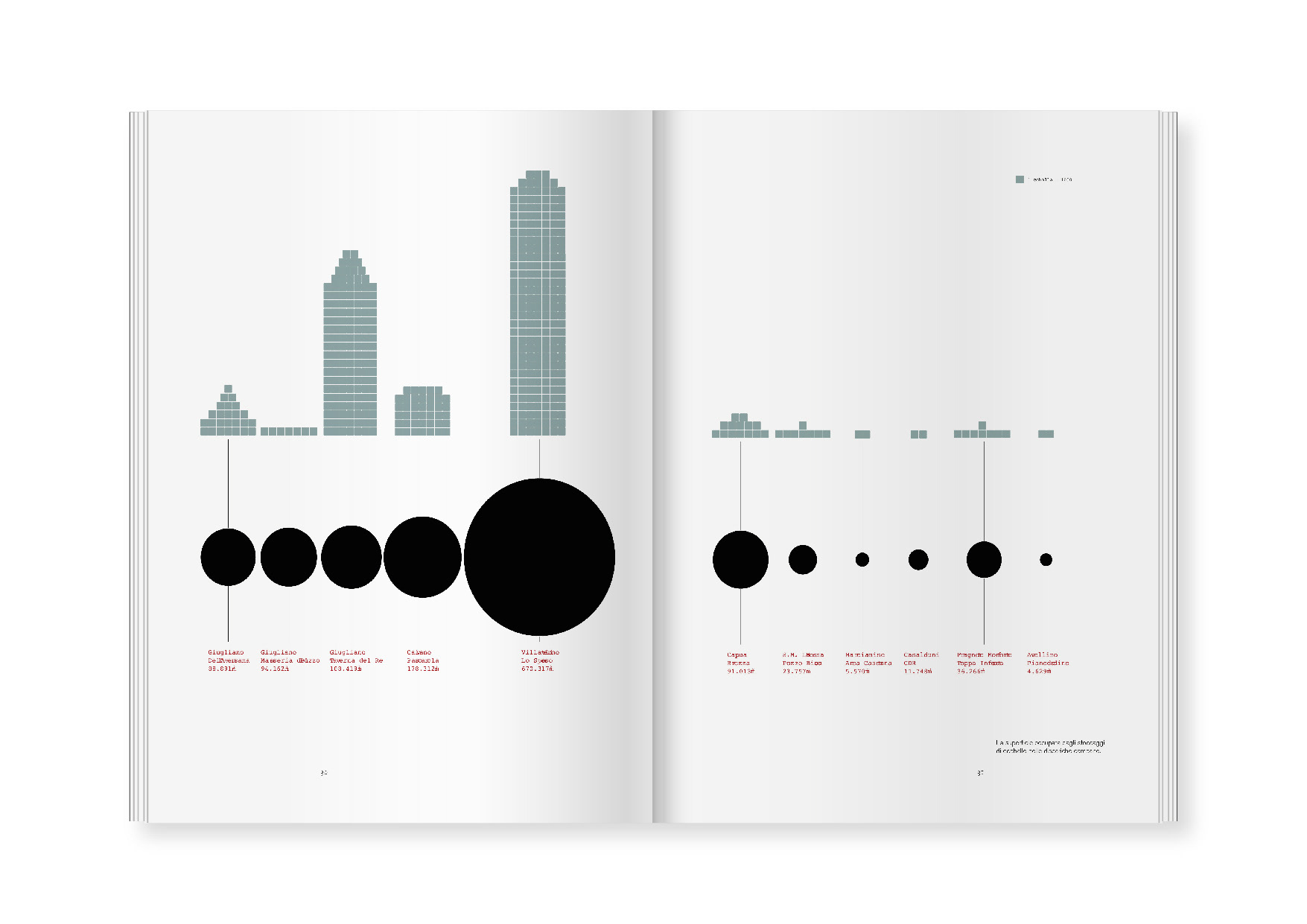 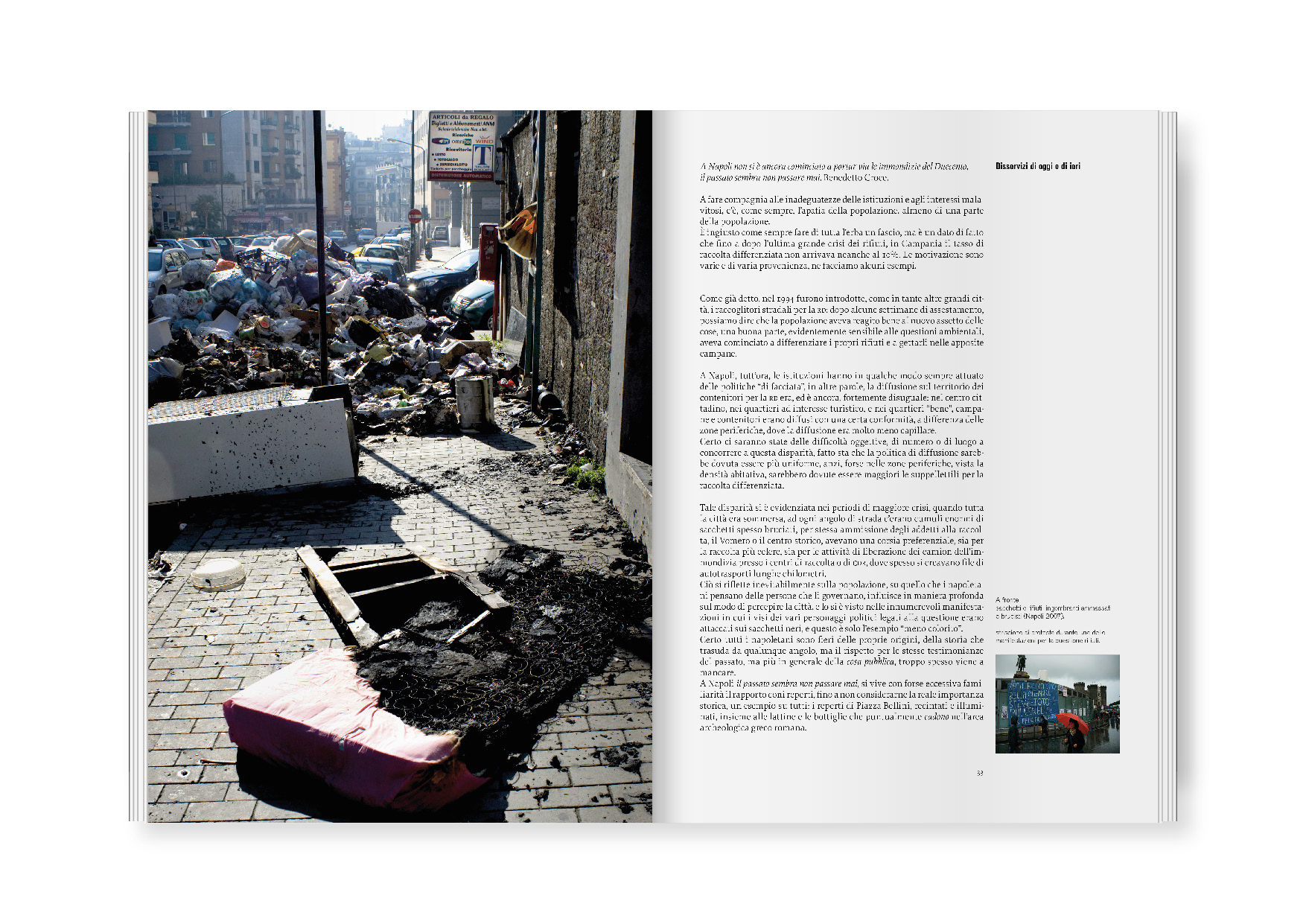 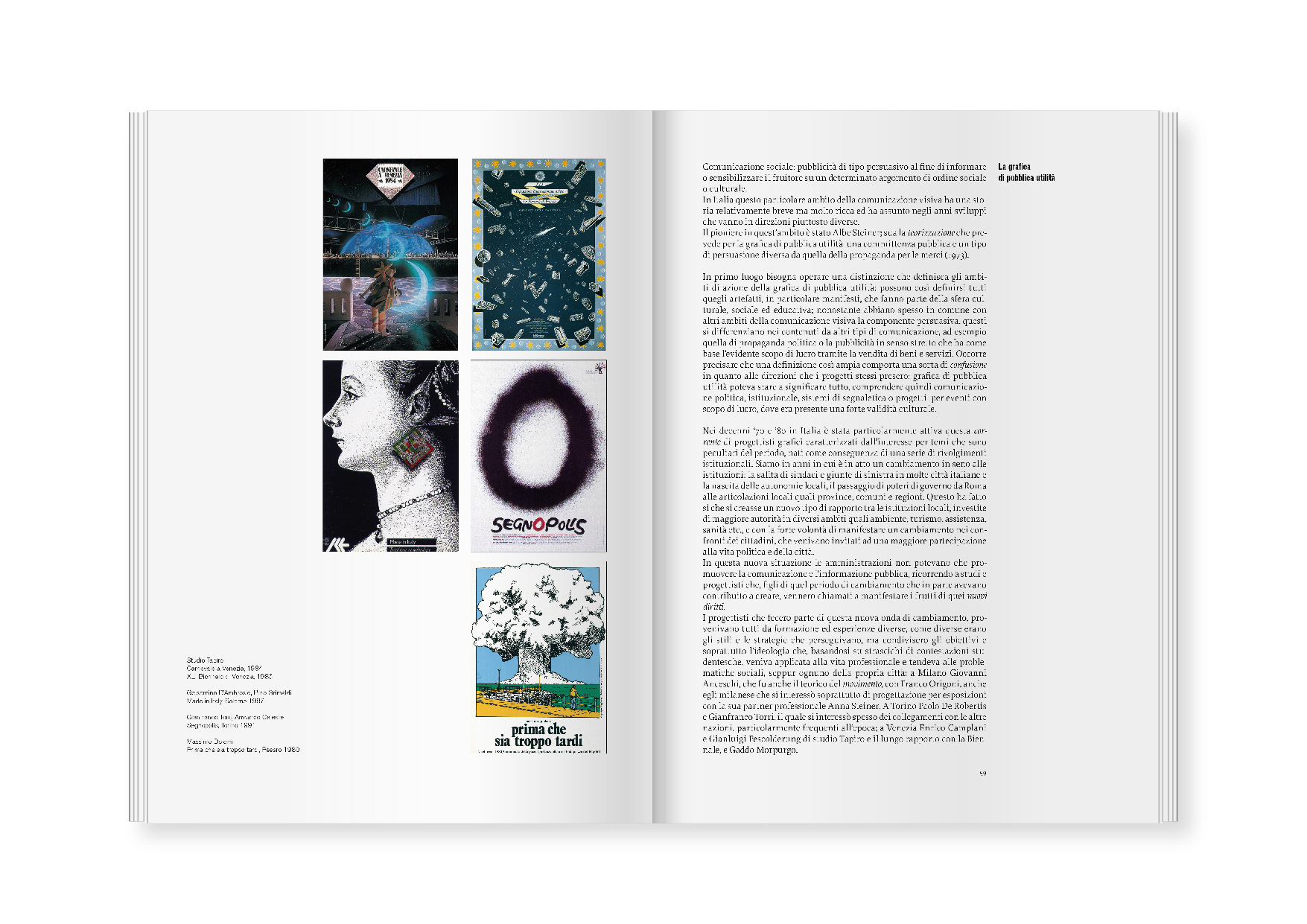 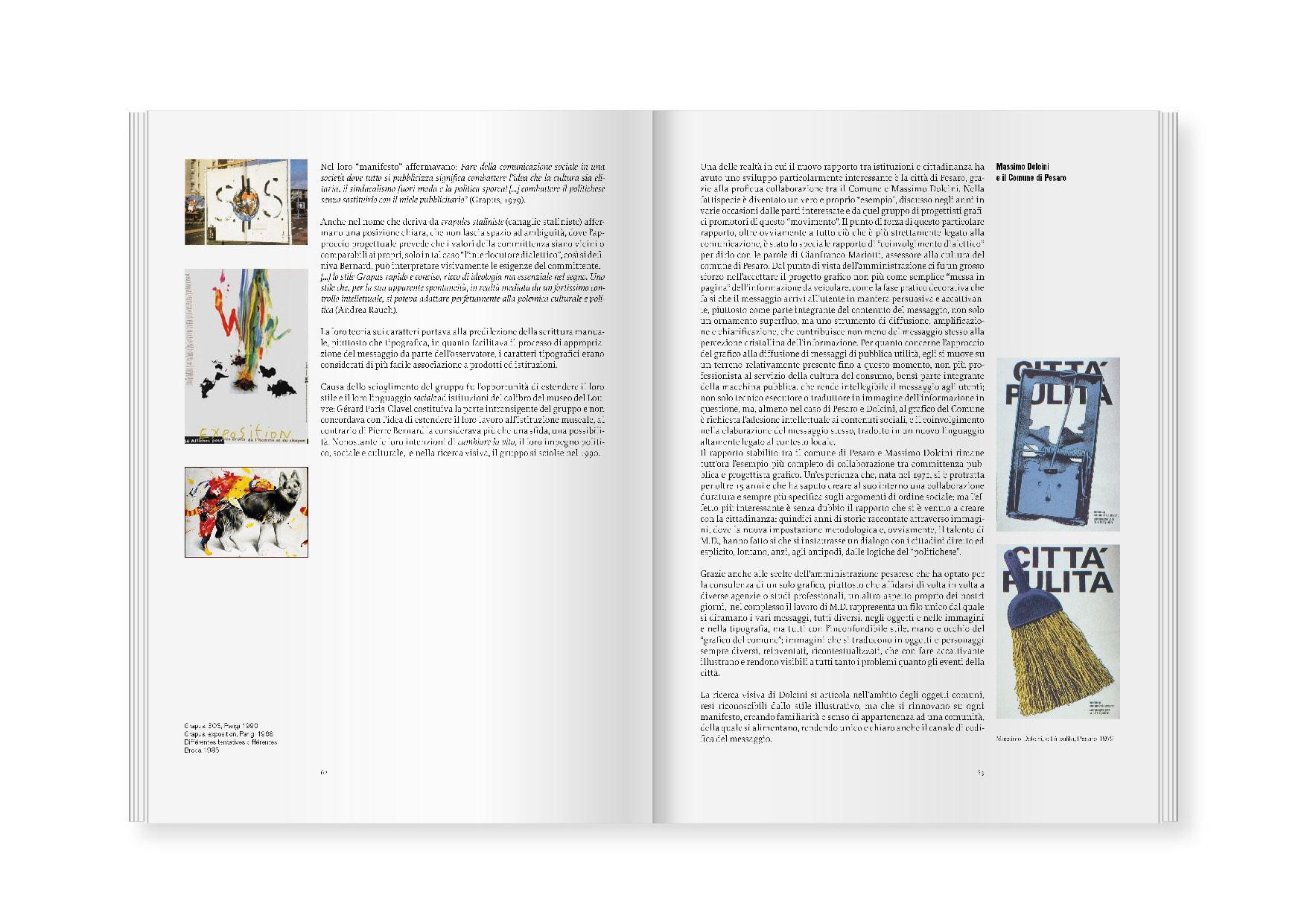 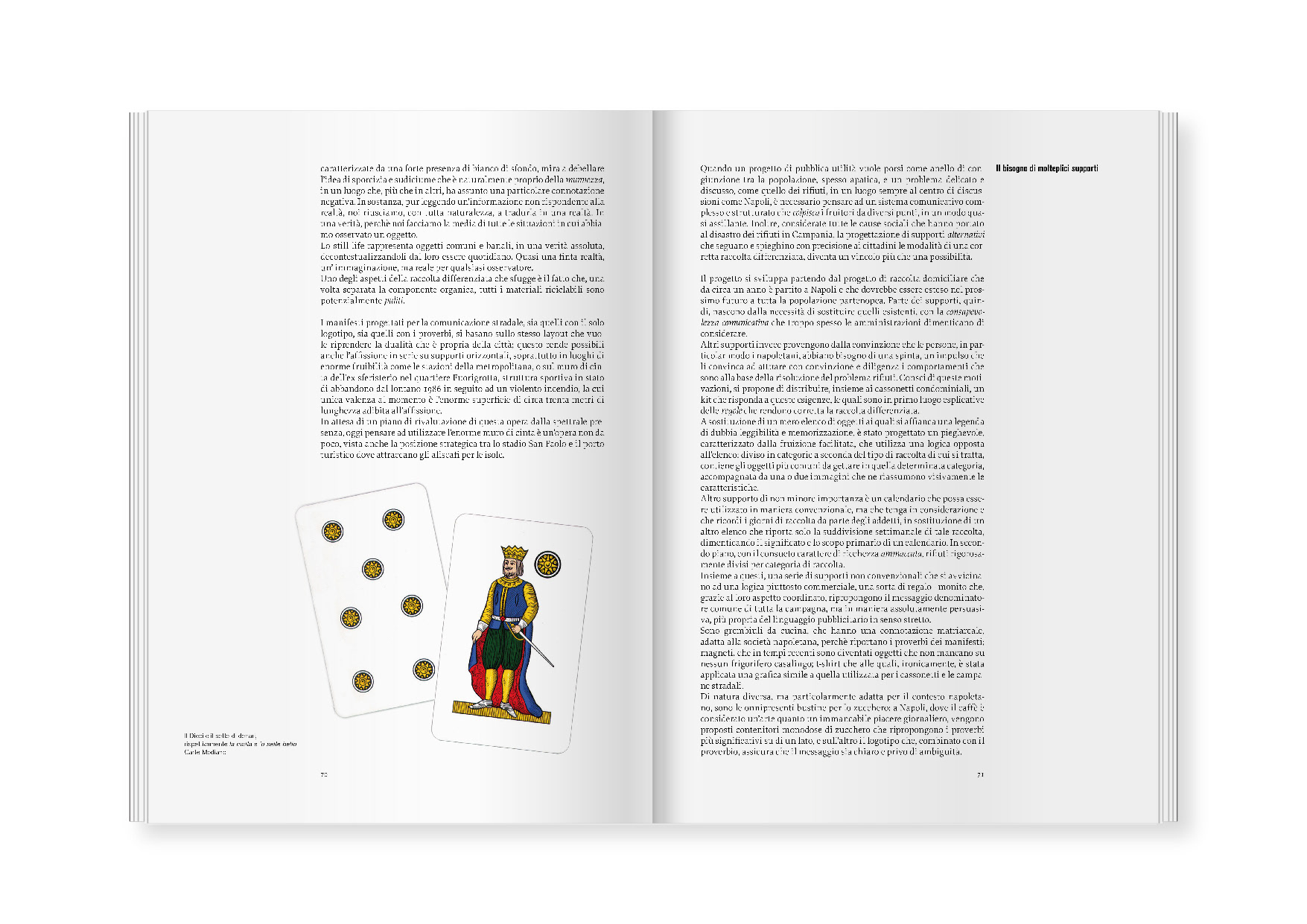 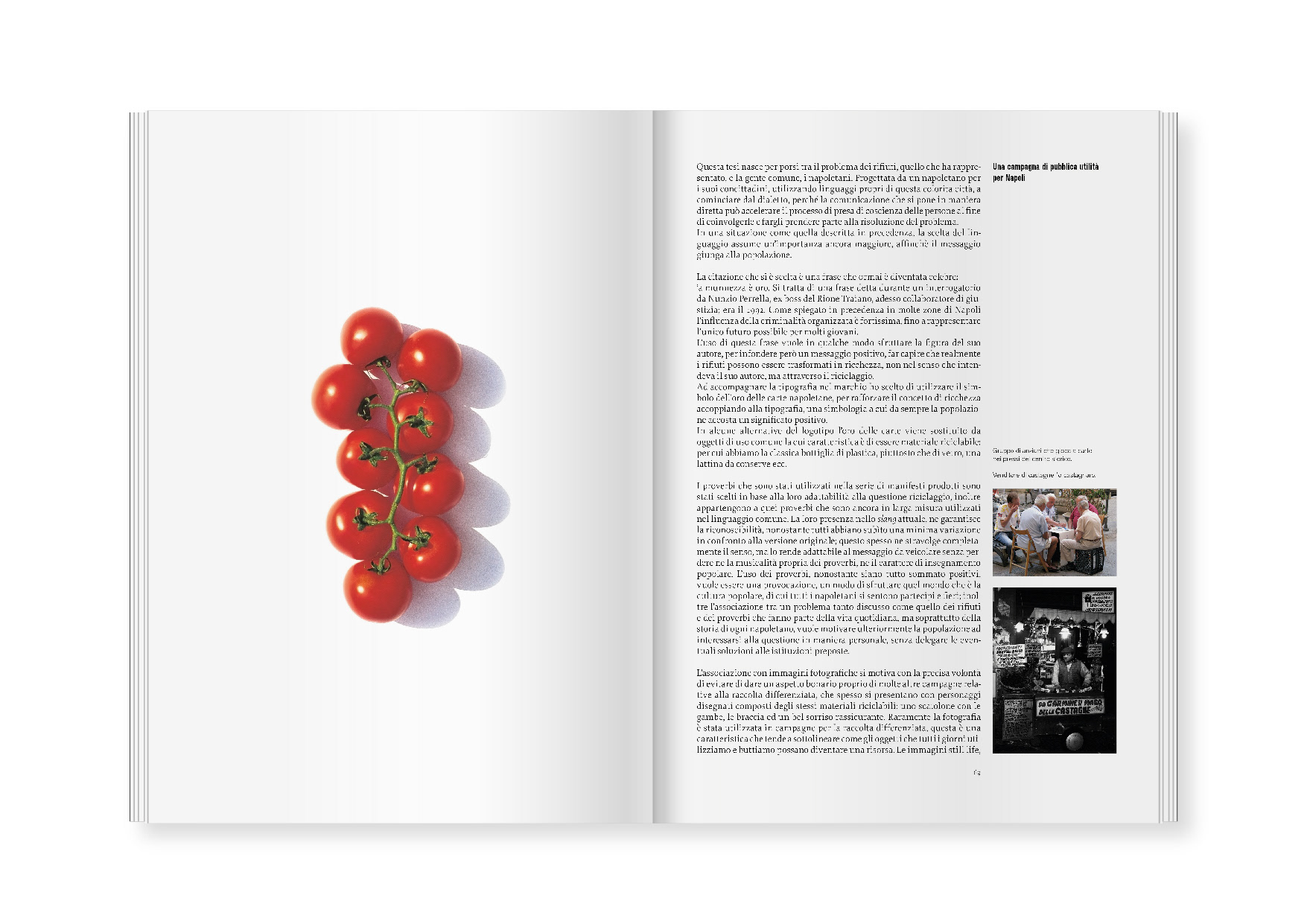 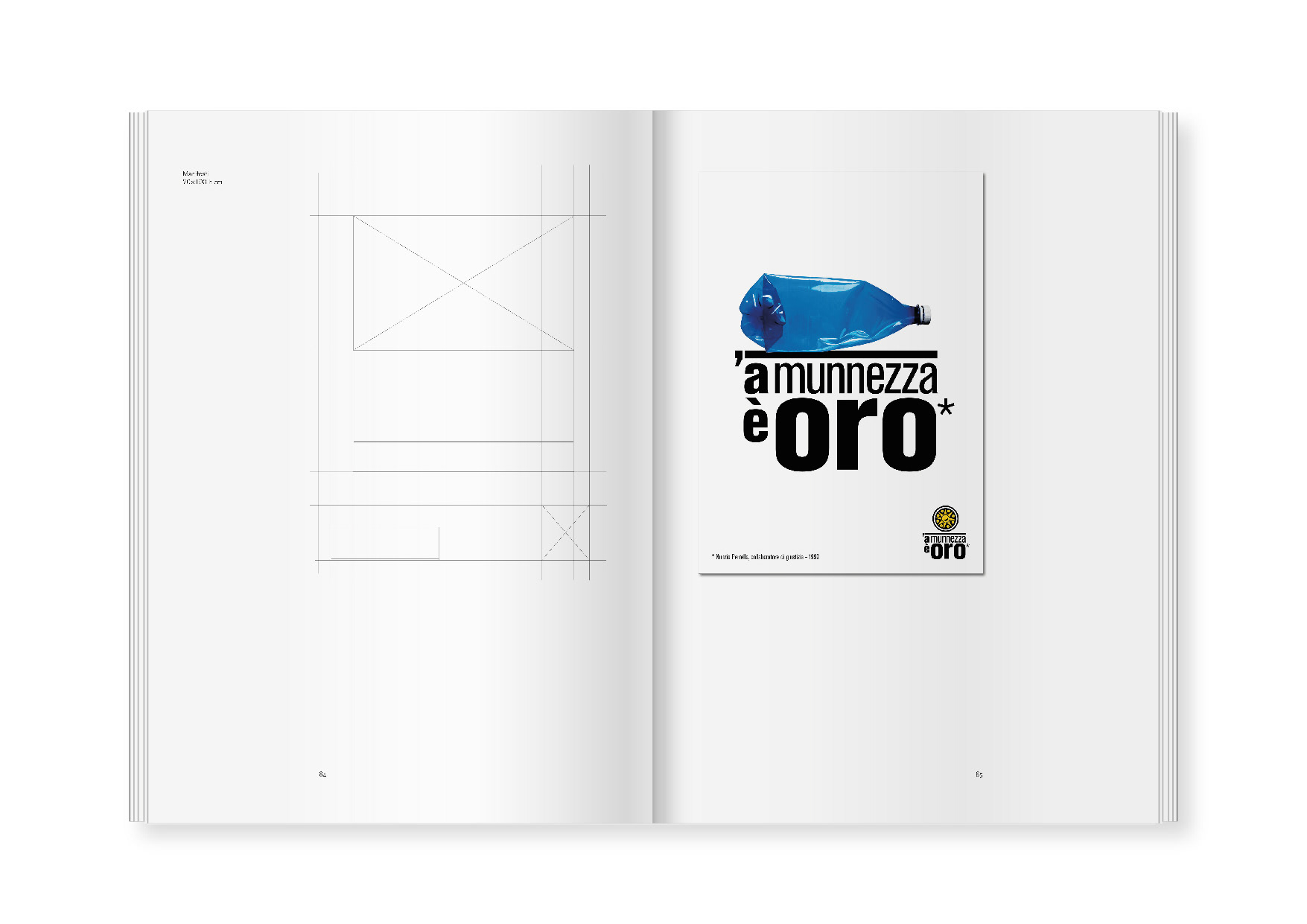 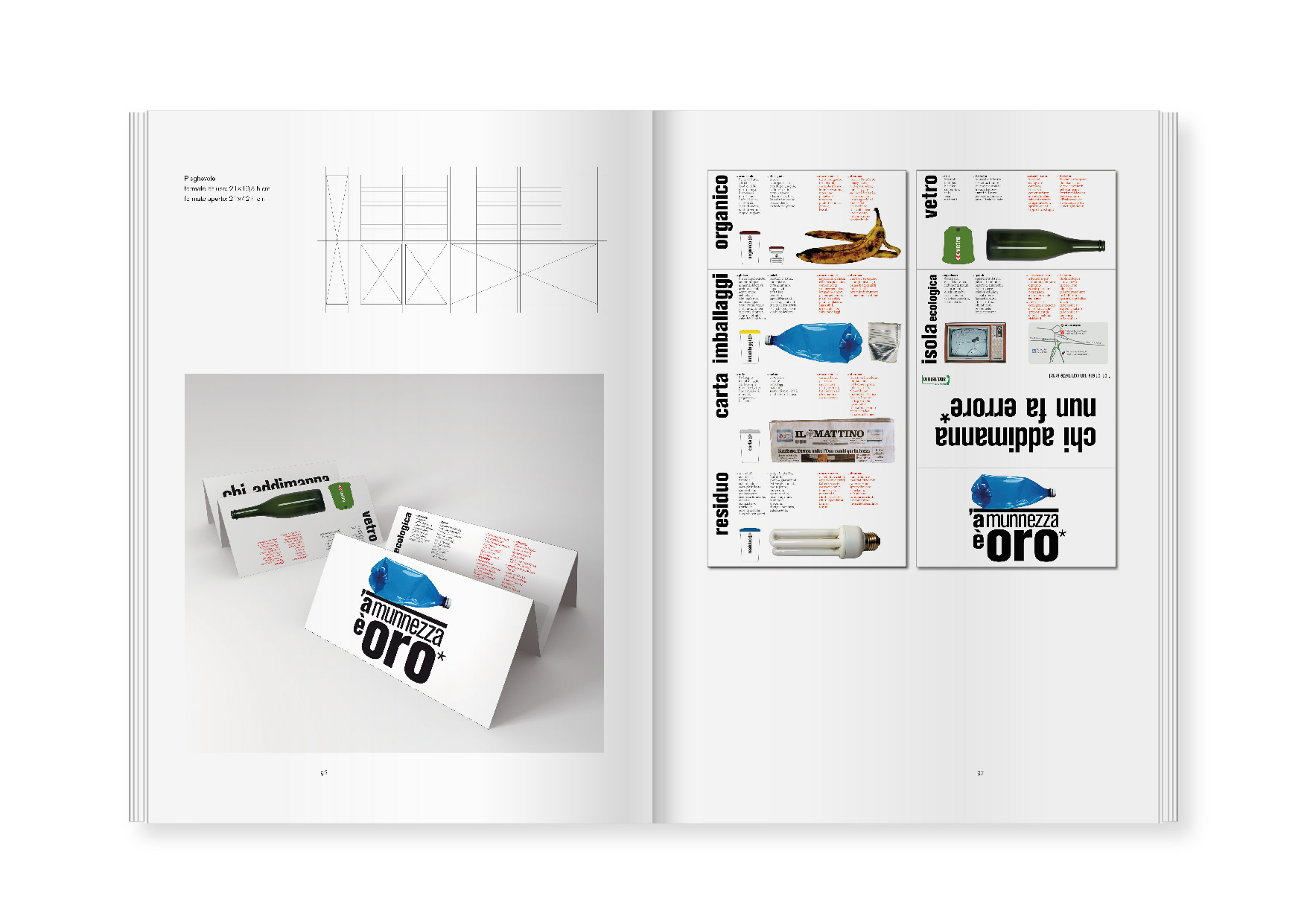 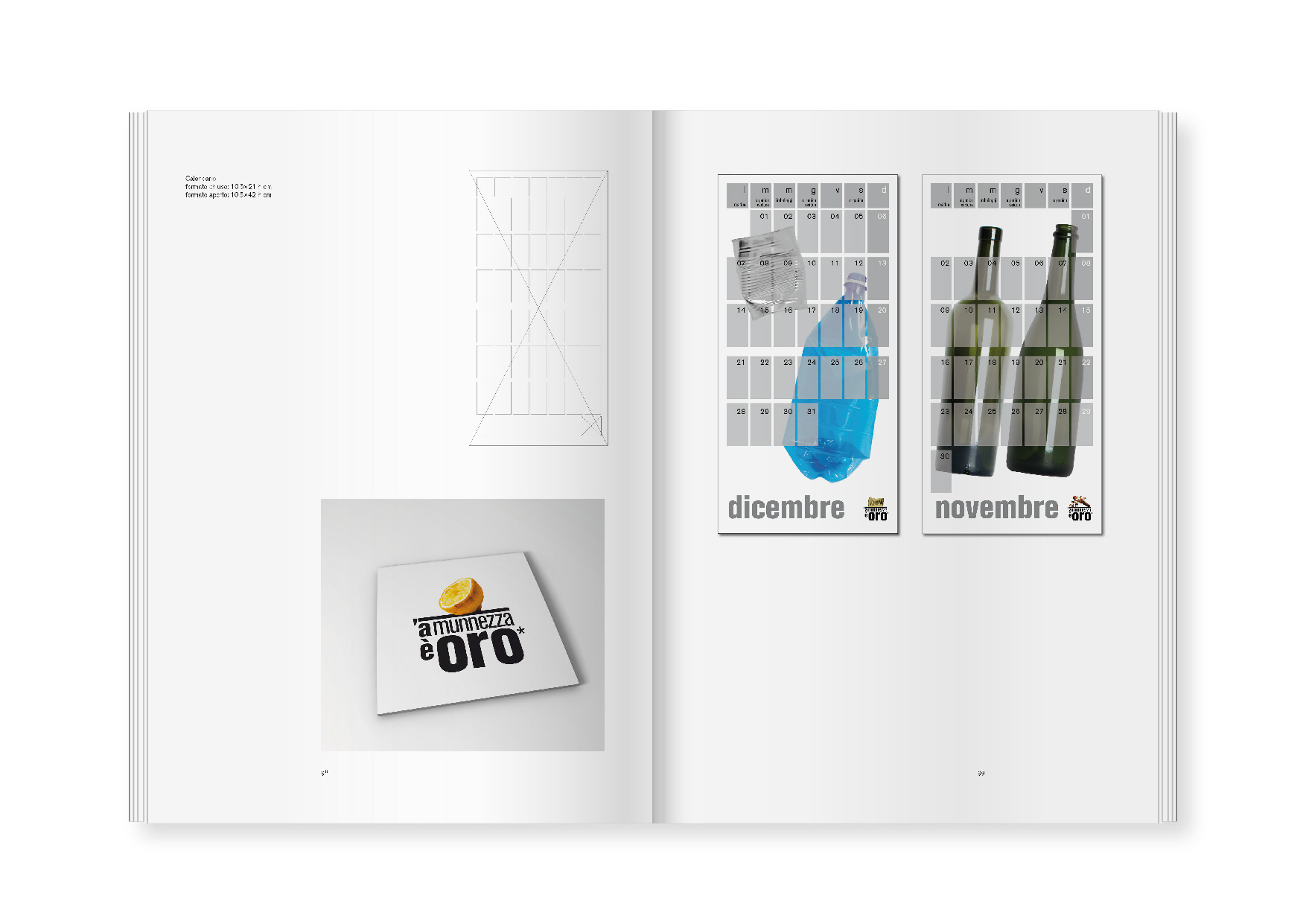 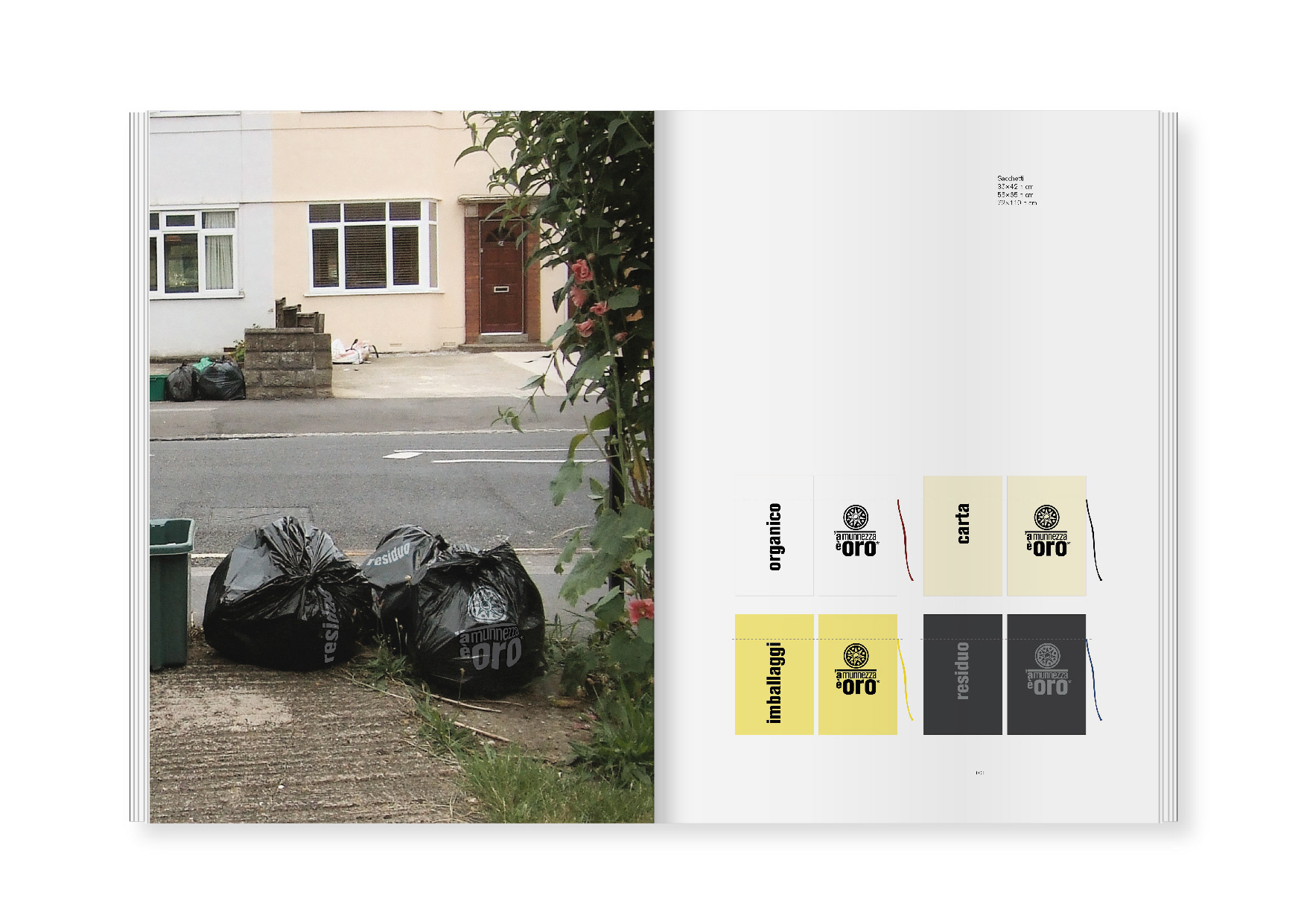 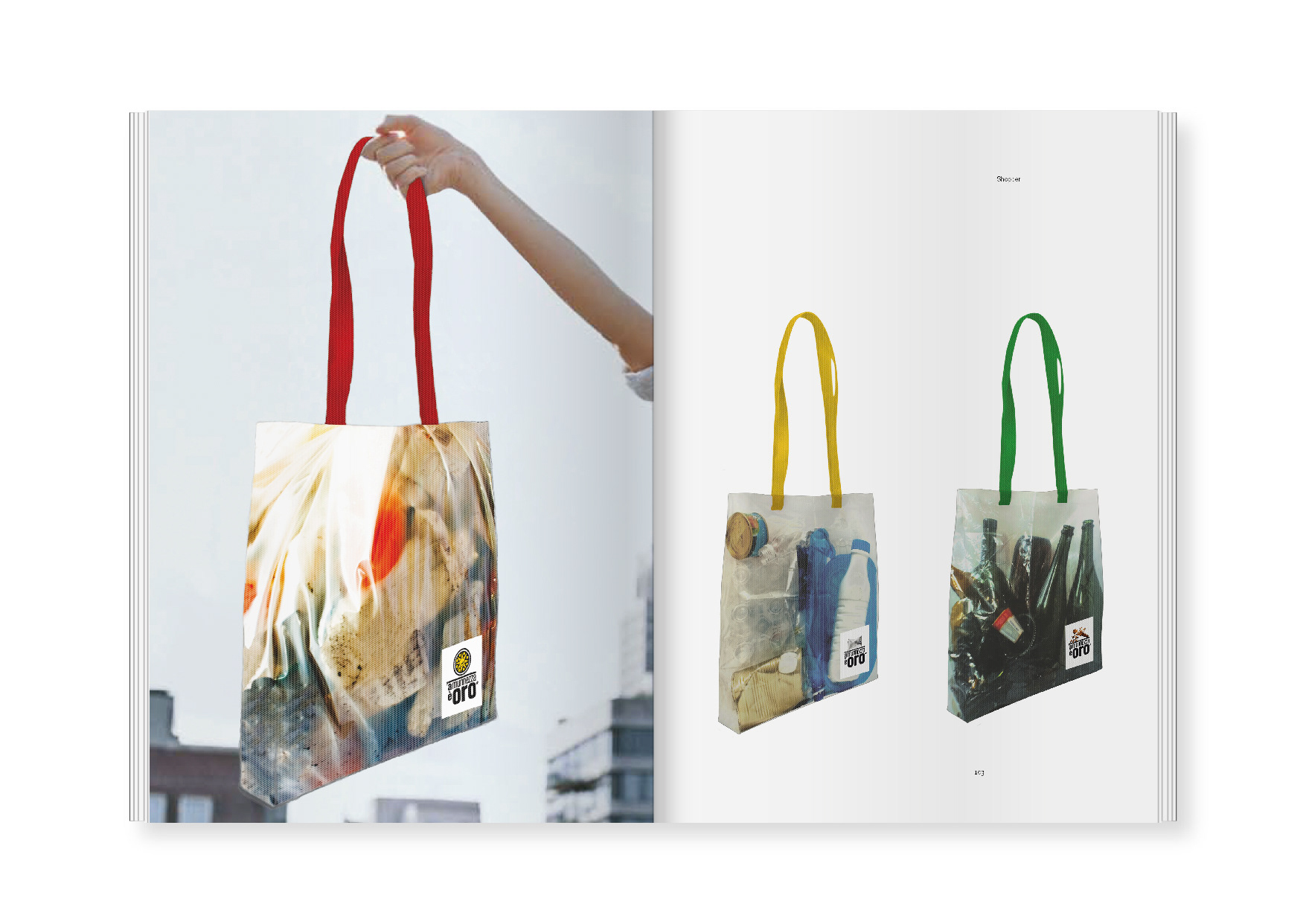 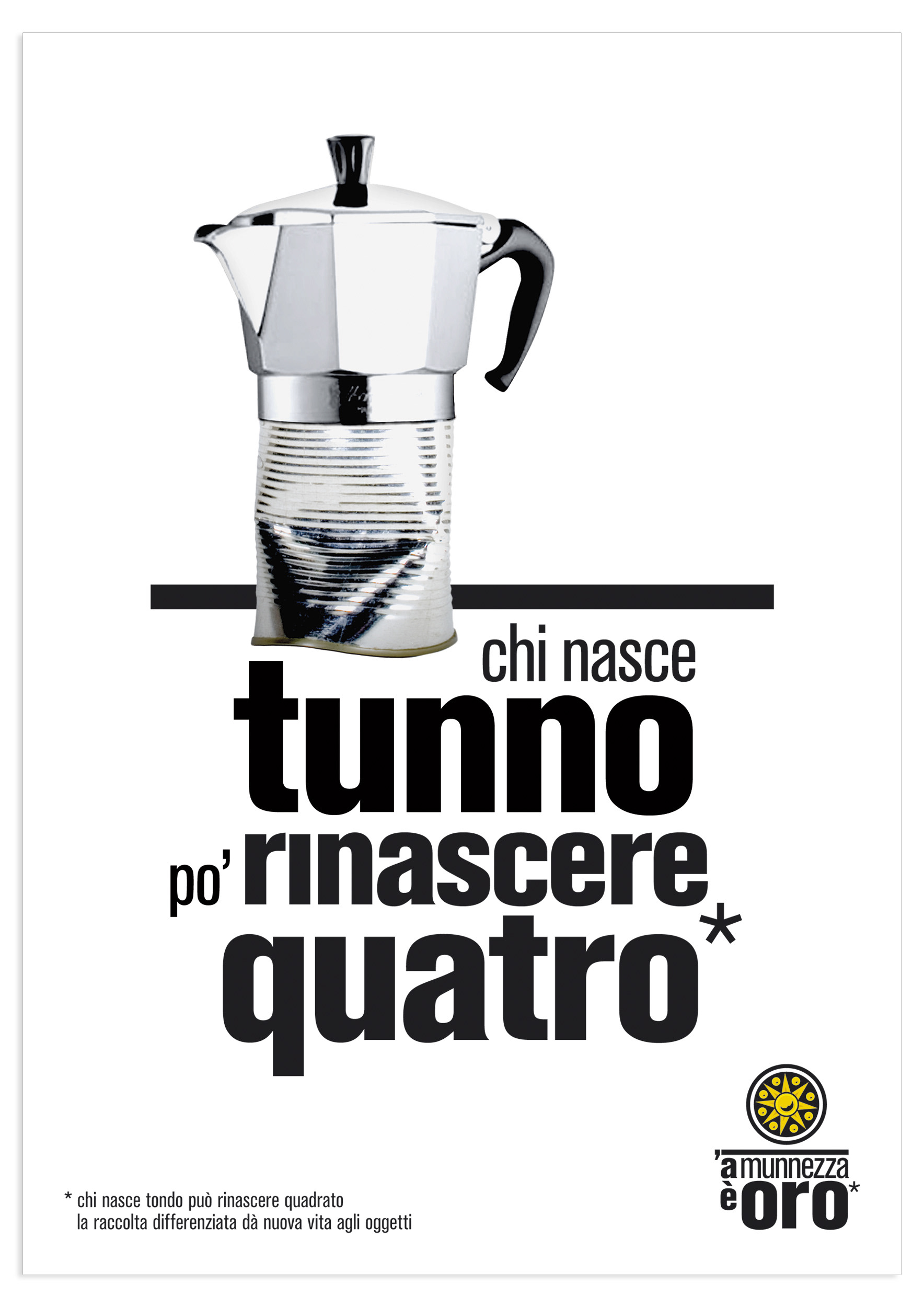 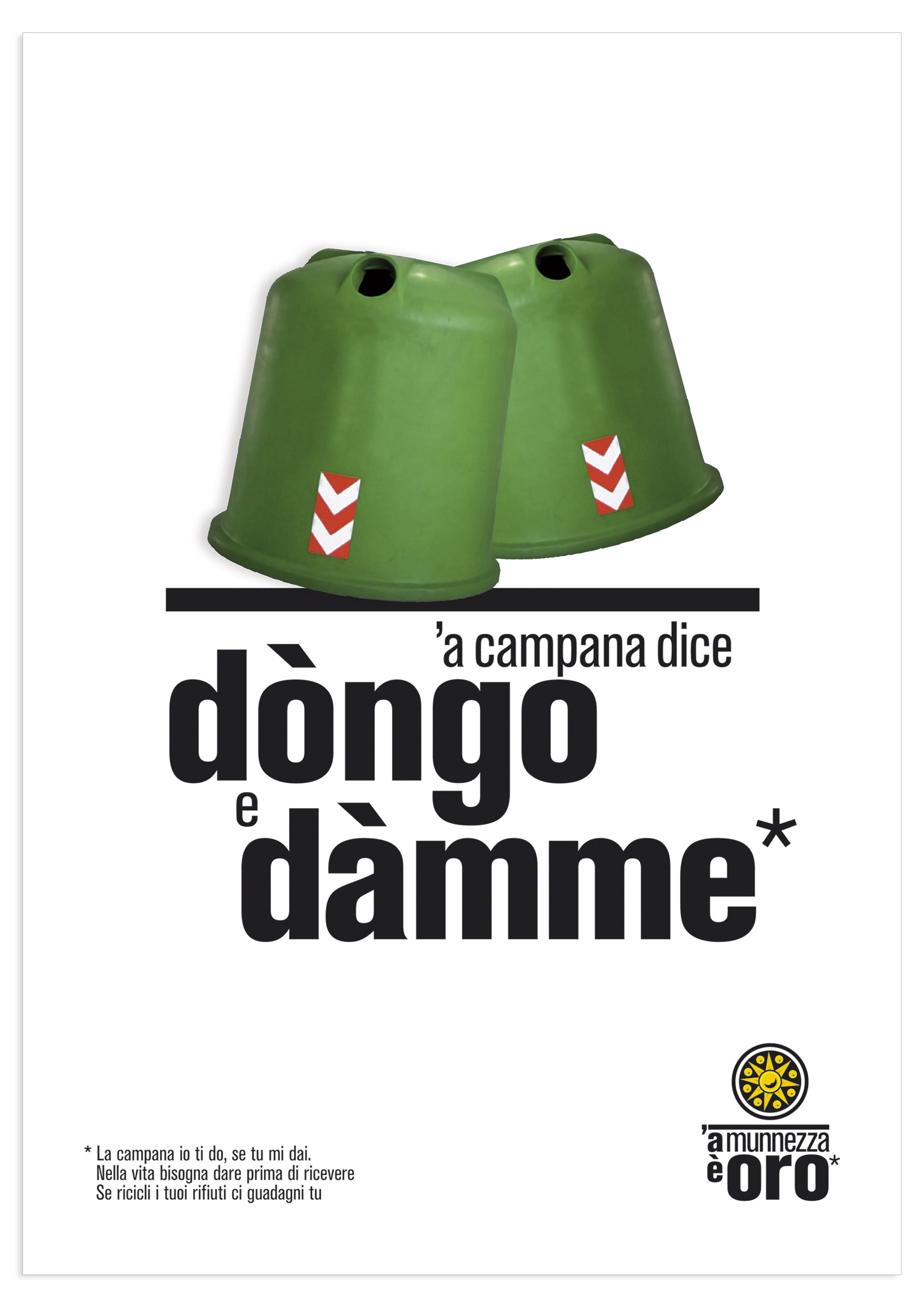 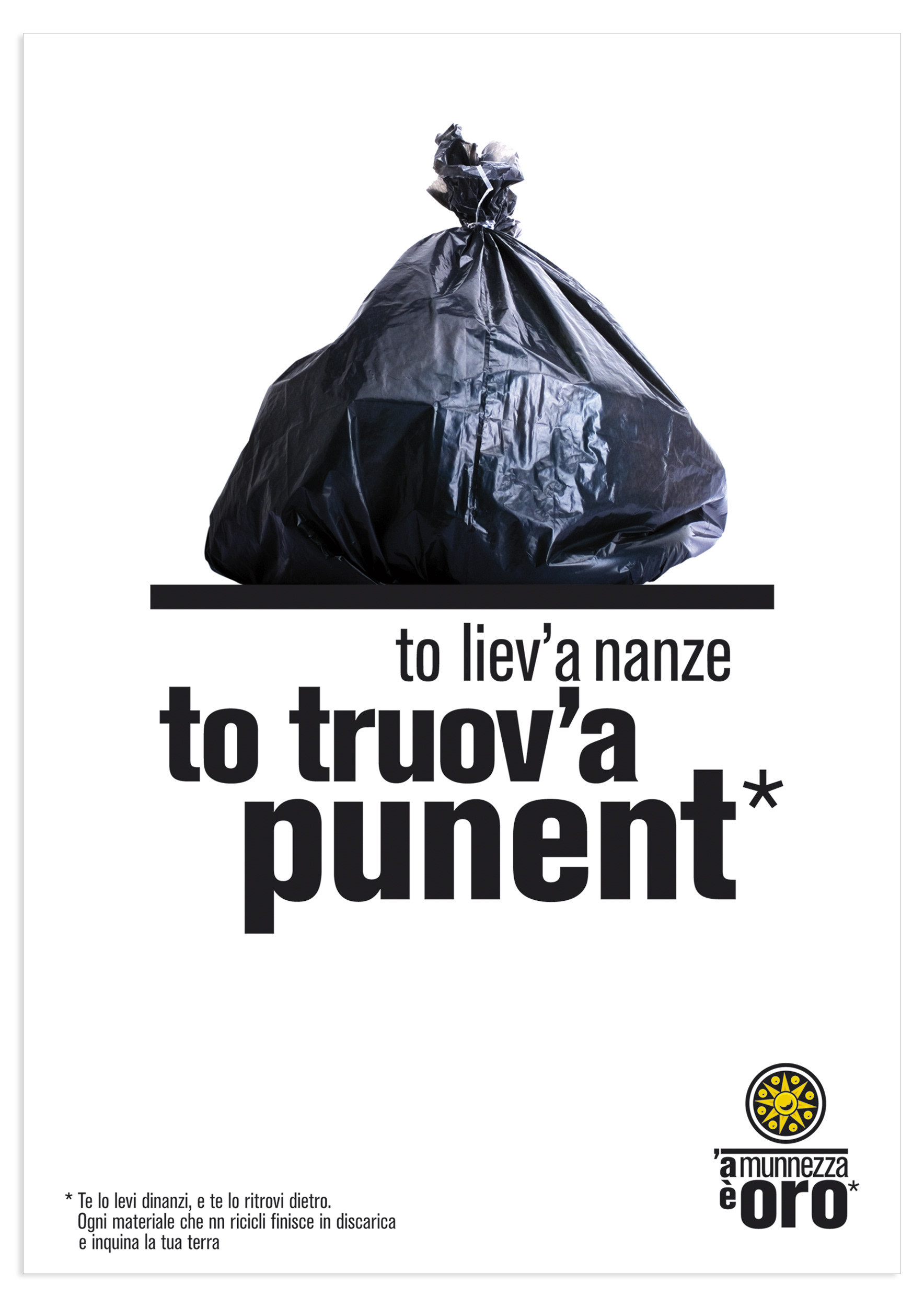 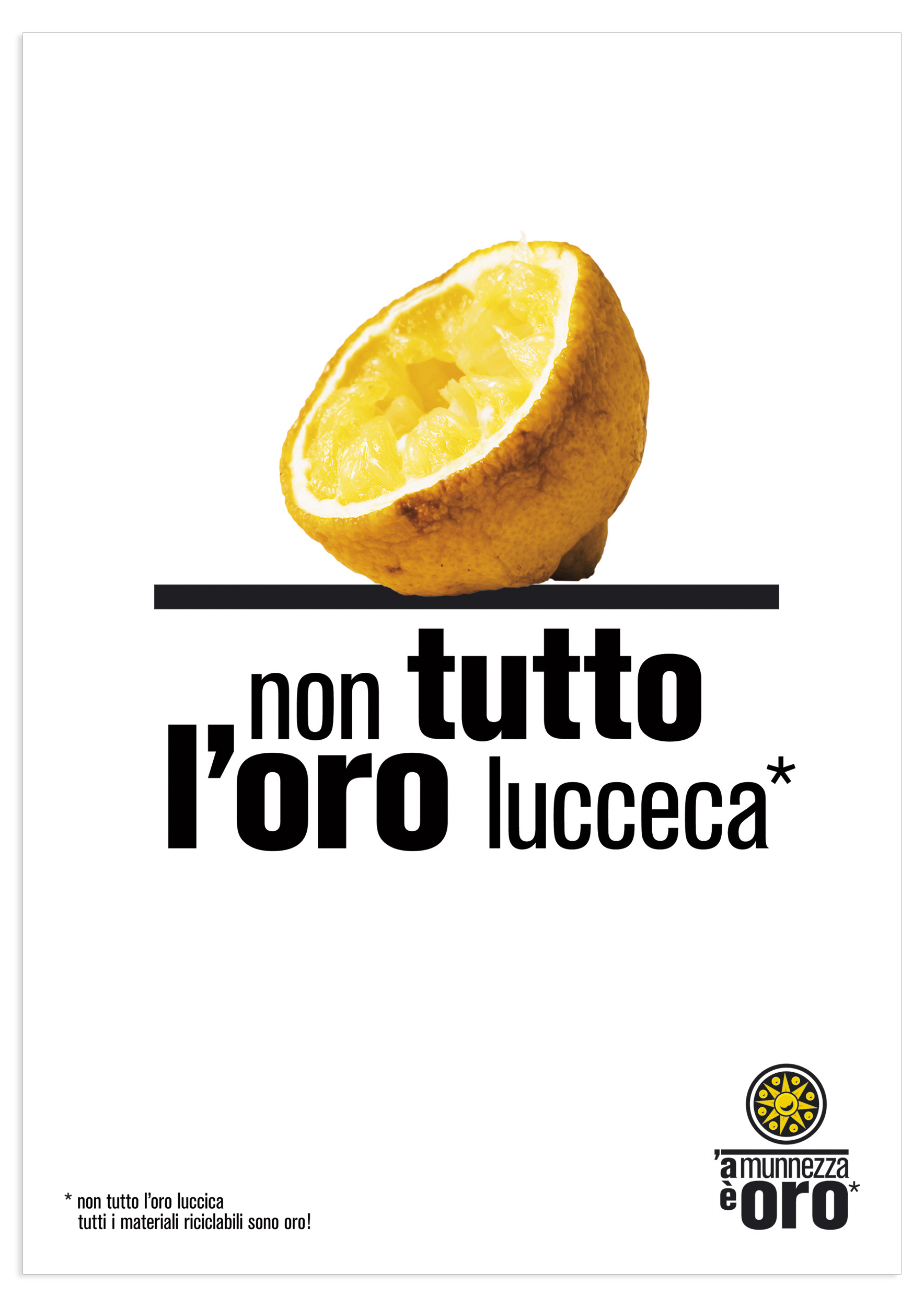 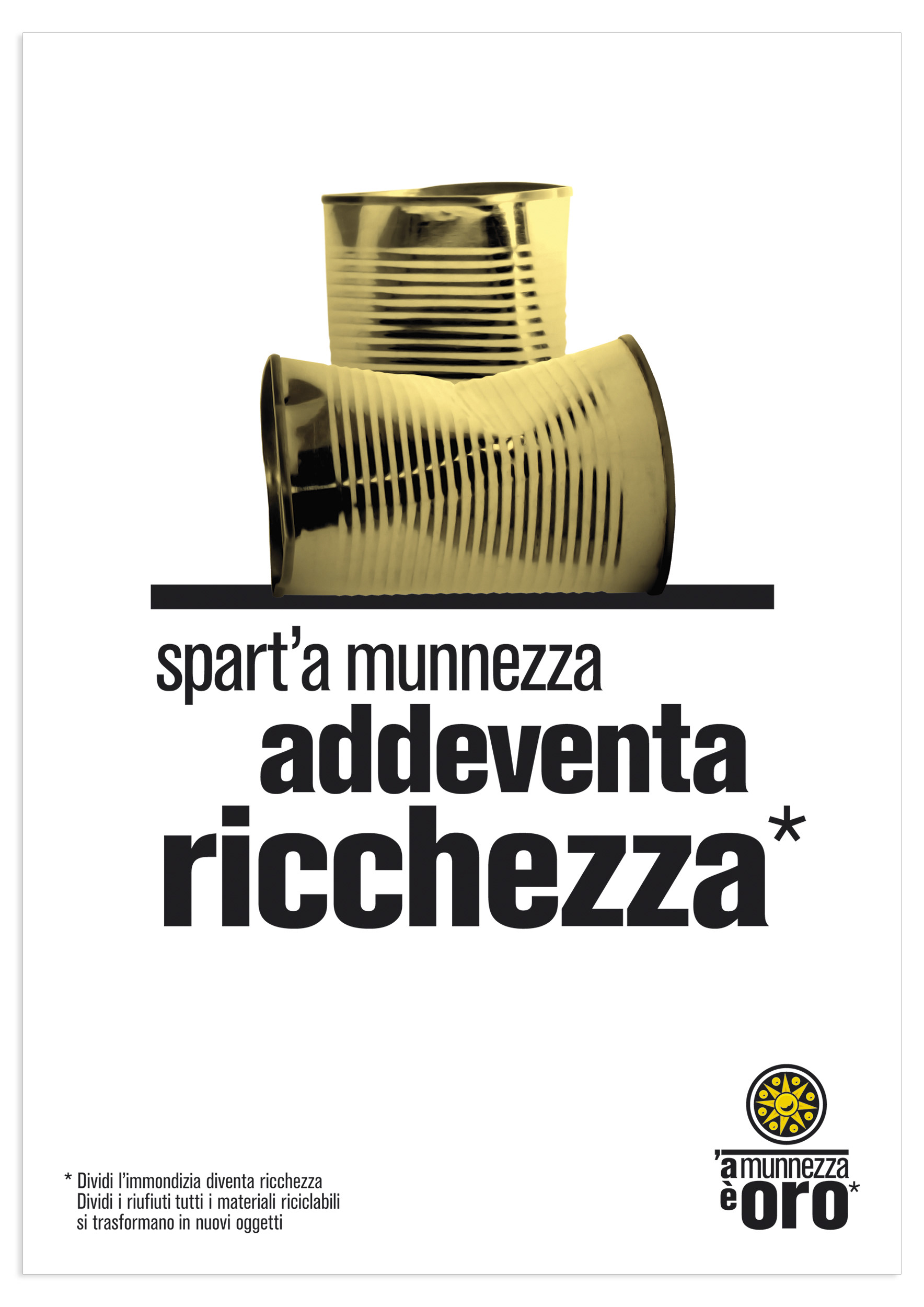 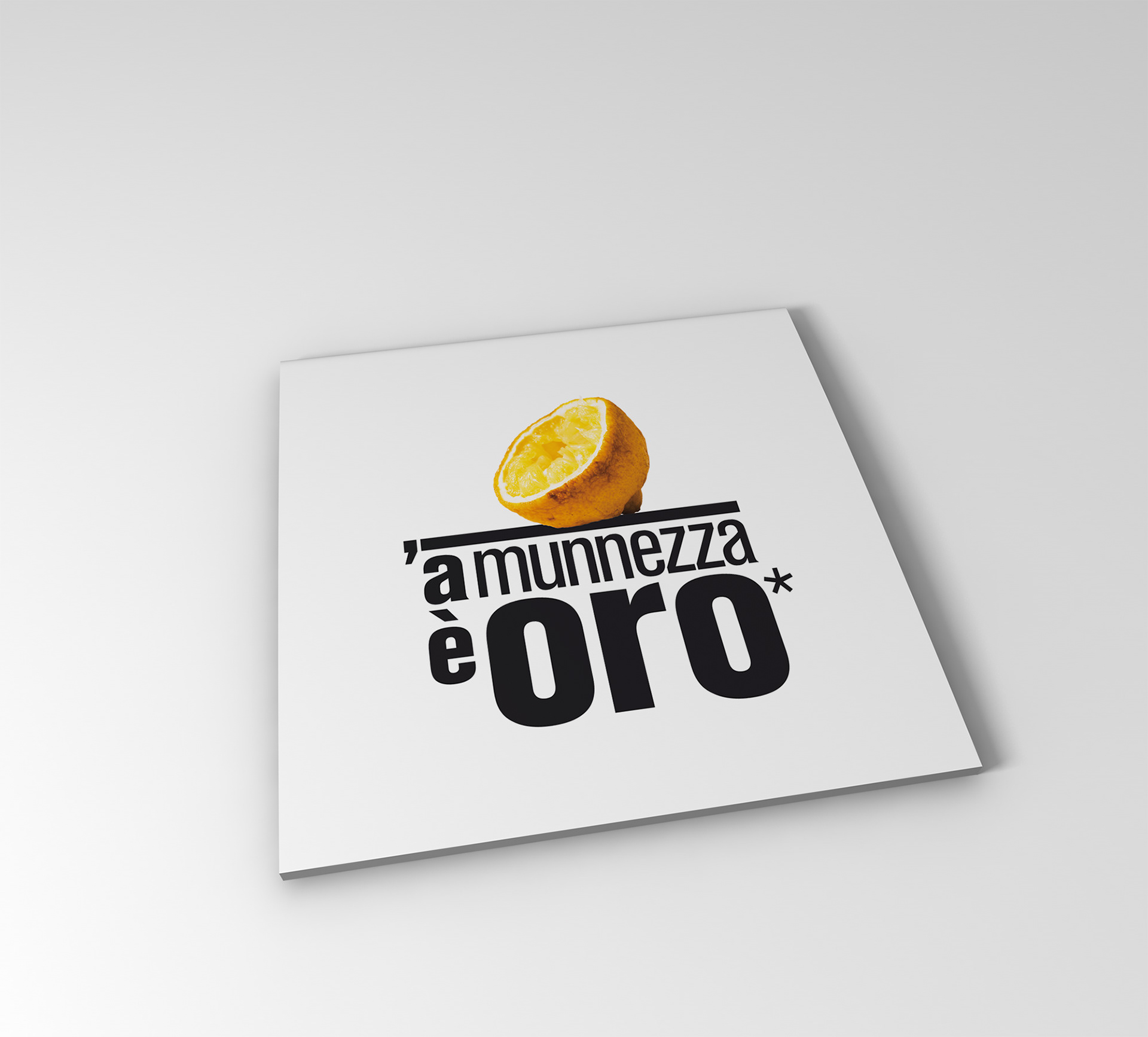 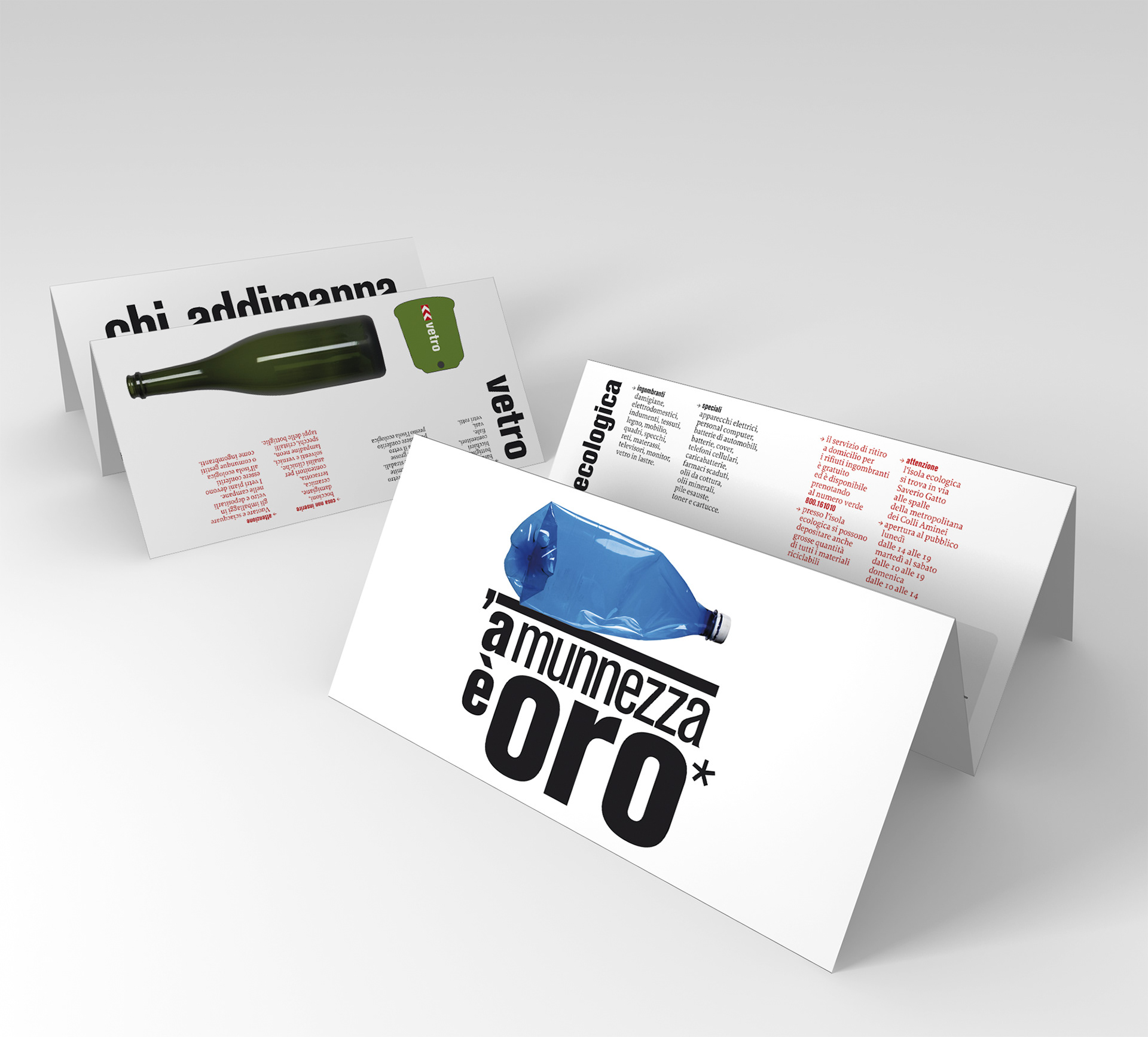 The theme of the thesis is an awareness campaign to promote recycling in the Naples area, strictly linked to the local community’s characteristics. It is also an attempt to increase the relationships of collaboration and confrontation between population and institutions in a city, Naples, where this relationship is often a problematic one, especially in the matters concerning garbage.
The complexity that characterizes Naples, with its stratified history, cultures and never-solved issues, makes the popular culture and what comes from it definitely more approachable than higher social and cultural levels, and aiming at it with a “ground level” philosophy becomes the real key to solve contemporary issues.
To quote a camorra boss, by slightly changing the meaning of his words, means to provoke the population, an attempt to awaken its civic conscience and especially an invitation to the well known “Napoletan Pride” to rise and deal with this waste problem.
To do this has been used a common language, the local dialect, taken directly from the popular culture but used here with a straight and provoking tone. The meaning of the proverbs is changed to transform them into recycling promotions, without any loss though of their popular lessons. Choosing “still-life” images linked to the proverbs aims at a revaluation of the waste itself, underlining its nature of recyclable items, resources, richness; Furthermore, the contrast between the objects and the white background eliminates any “dirtiness” linked to concept of garbage.
Dotto', [...] per noi ’a munnezza è oro (For us garbage is gold).
From a deposition of Nunzio Perrella, boss of Rione Traiano, remorseful informant, December 1992.
Degree thesis in Visual and Multimedia Communication, IUAV University, Venice, Italy | www.iuav.it
Mentor: Enrico Camplani, Studio Tapiro, Venezia. | www.tapirodesign.it